A Cave Creature that provides meat when killed

Summary
A low hp - high speed/damage creature that spawns on caves, and provides meat when killed.

Core concept
The game needs more creatures and, because there’s no food source in the cave other than mushrooms, which aren’t so useful in terms of filling the hunger bar.
Personal twist (optional)
Its main attack consist on making himself a ball, and rolling against the enemy (If he receives damage before hitting its enemy, he would end up on the floor, flipped, and out of combat for a few seconds). It’s charged attack consist of him/her calling more creatures similar to itself, but smaller and with debuffed stats. 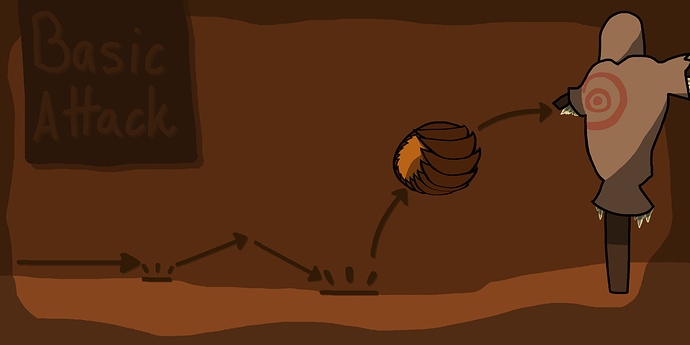 I love the design and mechanics of this creature a lot, especially for the mines!