Add yumi bow spawn in camp area chests as a new kind of ranged weapon also a loot, along with all other Japanese theme weapons we currently have. Required a extra long behind head over draw for full power fire, a shot in full power can shoot farther than wooden bow or metal bow we currently have, arrow will rest on thumb side of your bow hand instead of index side.
I just feel there are so many melees in game either as loot or craftable, but the bow and ranged weapon got left behind.
Someone respond me “weeb” in discord idea channel lol, you will be surprised I actually play a horse bow with Turkish thumb draw irl.
Yumi bow was just an idea of adding different ranged weapons and since we already have katana, wakizashi, sai, kunai and nagitana in the game, so why not as well add a Japanese style ranged weapon?

We’re gonna explore more ranged weaponry when more wood types get added, since they’re gonna impact the behavior/flexibility of the bows etc… But changing the arrow side is interesting, I didn’t think about that!

Hey, Bossing, thank you for replying. The new forest and wood type is for sure my most exciting coming feature.
And talk about changing the side where you rest your arrow, because Turkish/Mongolian thumb draw also rest arrow on thumb side of the bow hand, so if we can add that in option will be very nice as well. It was just, after play ATT for too long my irl aim got worse because I built more muscle memory in ATT but the arrow is rest on different side than my irl archery hobby XD. That little angle difference count a lot when firing an arrow with instinctive aim.

If we’re looking at more ranged weaponry, perhaps you could try either crossbows + slingshots/catapults or black powder firearms, such as flintlocks or blunderbusses.

Crossbows could be slower to arm and fire than a bow, but fly straighter and deal a bit more damage. Slingshots could use rocks as ammo and allow them to be fired much faster than they can be thrown, dealing more damage to whatever is hit by the rock.

Black powder weapons could have the longest downtime, but the highest damage out of the ranged options as well as the most cost to use, making them hard to create and rearm, but devastating to whatever is on the receiving end of one. They could also be modified with certain items, so you could mount a spyglass to either a musket or a crossbow to have a scope of some sorts for easier shots at range or spotting potential quarry whilst hunting.

Point is, there are many ways you can do ranged weaponry, be it crossbows, catapults or black powders. Either way, I’m sure everyone will like it.

I personally don’t like the idea of firearms being added; I’d prefer the game sticks to bows with crossbows being the most advanced ranged weaponry in the game. I’m all up for different types of bows, however. For instance, a short bow that doesn’t need to be pulled back as far and charges abilities faster but does less damage overall, and a longbow that does the opposite. I’m super up for a slingshot that uses rocks as ammo, however.

@KindredSpirit I totally agree with you.

I’m pretty indifferent about firearms, I don’t really mind either way. But if we do get guns don’t go past powder guns, no revolvers or anything like that.

How about Stone and Pellet bows? Interesting little weapons that are usually overlooked. 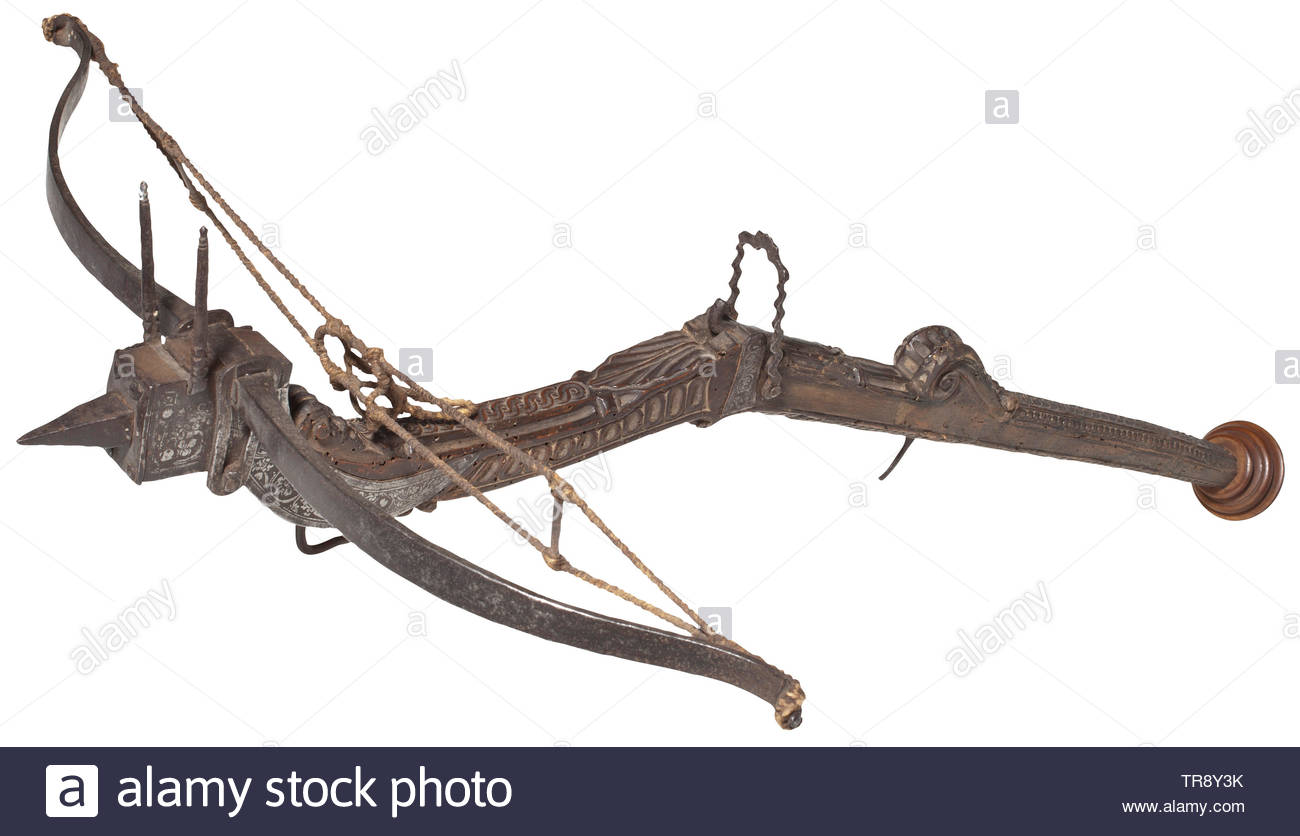 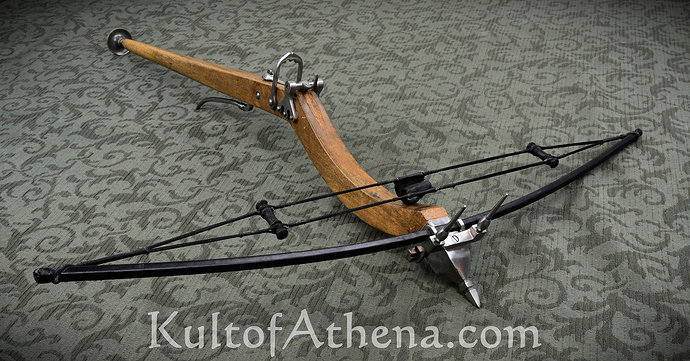 Very interesting indeed, so is it like a combination of crossbow and slingshot?
I can already imagine if we use it to launch out crystal balls, turabada eyes, gotera seeds and tomatoes.

Yep, it’s exactly that. Little leather pouch to hold your rock/pebble/shot, and a system incredibly similar to a crossbow to hold and release the string, so you’ve got a powerful shot held ready so you can worry about aiming without the effort of holding the draw. Powerful but slower to use, complete opposite to a corded slingshot or hand catapult. …and they just look cool, don’t they?

I like the idea, but I feel like it would either be this or crossbows and crossbows would give more depth with making bolts than this would with what can fit in the slot, though it would be cool to shoot unconventional things like vials using it.

Is there more depth by making crossbow bolts? They’d only be shortened versions of, or identical to arrows. Stone/pellet bows would be far more unique. But why not eventually just have both

I think the unconventional things are the big point. Like the glowing gotera fruit and like what you said those can’t be launched by bow nor crossbow.

Well the stock of the bolt which, much like arrow shafts, will have more variety once we get more wood types and the fetching for accuracy or even special effects if we get bird enemies that are more magical in nature.

But why not eventually just have both

Mainly because it’s weird to have a ton of weapons that all have a small difference, but I can see it working if they are crafted and both have mostly the same stock but depending on which metal bits you put on it would become one or the other.

I think the unconventional things are the big point. Like the glowing gotera fruit and like what you said those can’t be launched by bow nor crossbow.

They are gotera bulbs and sure it would be cool to shoot them like that, but there is the fact that we could have bolts that carry liquid in them to do the same thing. But I could see it being good for more beginners that are just taking the loot dropped to immediately be used as ammo.

Maybe a stone launcher that can use bottles as ammo. Eventually, with alchemy, you can concentrate the bulbs’ power into a glass bottle and launch it for extra effect.

It might be interesting, have the stone launcher start out as something that shoots what ever piece of junk that fits, but later on it’s mainly a tool for alchemists to use for combat or any other reason they need to splash a potion from range.

Why not just throw crossbow bolts at enemies with magic. The thing that gets me about ATT and vr in general is the lack of restrictions and how there are multiple ways to get to the same outcome (i.e bolt in wyrm’s head)

I think it’s best not to have too much overlap in classes, so that mages can’t just use bolts with a spell. I mean I could see it being a spell that isn’t very efficient, like a kinetic grab spell that you can use to throw something if you really need to, maybe even with enough casting time you could apply some speed modifiers to the bolt. It would be really funny for a mage that just applying speed up to a throw spell hoping he doesn’t get attacked before he can launch the bolt at half the speed of light.

Exactly, through general spells that aren’t as efficient as it is for the intended class, so you can do it your own way.