So I’ve been thinking about this for a while. So imagine you’re in the mountain pass and you get curious. You look behind a bush and discover a small fragment that looks like the night sky. Exploring more not-so-obvious places around the overworld (This will promote exploration and reward curiosity) will bring you to find more pieces of the fallen sky. When you have all of them, you put them together in a ring shape. When constructed, the ring will fall from the player’s hand with the charge effect, and a slight rumble will be heard around the server to alert players the Andromeda ring has been constructed. The Andromeda ring has three attacks that can only be used at night: A melee attack where the player charges the ring by raising it into the sky while wearing it, and punching the target, and a ranged attack where the player charges the ring in the same fashion, aims the nebula shot and twists their wrist to fire a large blast that damages targets and can even damage phantoms even if they are not solid, and a ground slam attack where you charge the ring and slam the ground with it, sending enemies away when you are surrounded. The ring will break after ten uses, making it a unique power weapon used in emergencies. Upon breaking of the ring, more Andromeda fragments will spawn in the world, ready to be discovered.

An example of the ring is shown below. 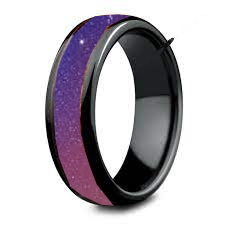 Summary
A ring is used to save the player in the event of an emergency.

Core concept
Find Andromeda fragments that are used to craft the Andromeda ring, which has three attacks that can save the player. Breaks after ten uses.

I like the idea about having to find fragments but just to clarify you are saying that there can only be one ring at a time or no? because if this is the case it could serve as a great problem because one player could just horde this ring from all of the other players and never use it just to flex on other people. But if you are able to have multiple of these at a time in a server then this would be a great new addition to the game.

No, there are equal amounts of fragments based on how many players, so one player can have a ring at a time. players holding a ring cannot have another ring in their hand. It’s like the life flower; they spawn based on players online.

so this would allow any player to get one ring at a time but all player can have one?

Yes, any player can get one but can only have one at a time to stop people from hogging all the fragments.