Maybe some thick woolen clothing could be crafted for when we get to climb up mountains and go into snowy places. Also some desert clothing if deserts are added. One important thing is that this craftable clothing looks very bland and can not be dyed to look cooler because that would render cosmetics less practical to buy if i can just make cool clothes, therefore Alta makes less money, which means they make the game slower, and nobody wants that, also it means no more sushi for Tima, and nobody wants that.

Those are already in the cosmetic shop, so I don’t think they will be craft able.

@BookaaGaming Sounds far too complicated. Also, putting armor on in battle wouldn’t be hard, ever heard of hauberks and mail? They’re like shirts made of metal but also maneuverable. In fact, most warriors wore mail and not plate armor as it was much too heavy. It shouldn’t be too realistic to put armor on, this is a video game after all. Also, why no valyan armor?
What are you implying when you say “to write something that would actually make sense,” anyway?
Hauberk 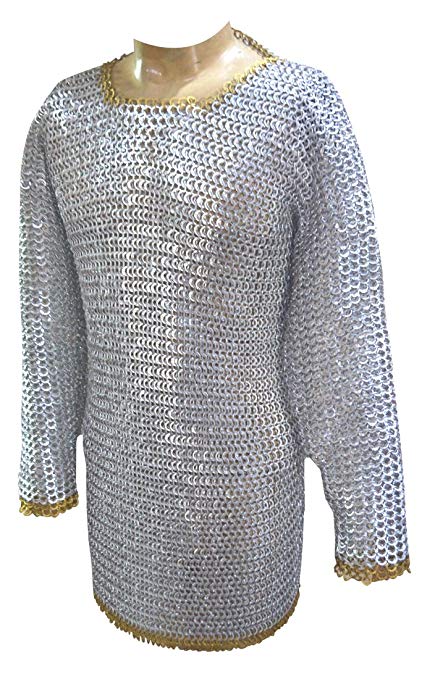 I’d rather not have it like that @Xeno_M. You crafted armor made of iron so it’s gonna look like iron, I agree that armor should look good, so we should have many types of armor with different styles and advantages, but you should not be able to change the color of your armor. Perhaps there could be an enchantment or magic ability that makes armor invisible, of course this would be unnecessary because you could just take armor off during social encounters.