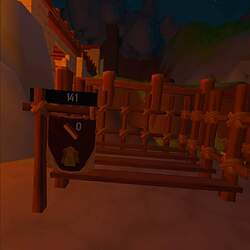 Reproduction Steps:
I have no idea how you would reproduce this all i did was fill it up and leave to go chop more trees and when I came back I wanted to remove 200 logs to build some stairs but was only able to remove ~60 before it wouldn’t let me remove more and I noticed this bug and checked the sticks and found the same problem

The different numbers is the daily withdrawal limit. It’s a feature, not a bug. 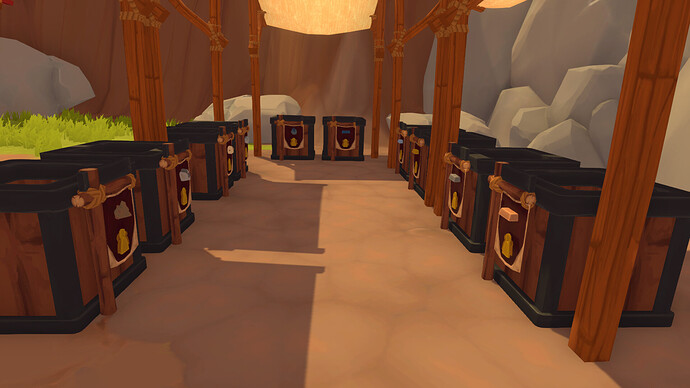 Shared Storage units are a small construct found in both the Smithy and Carpenter's Workshop added in pre-Alpha update 0.0.46.0. Shared Storage Crates provide the Players of the Township the ability to share materials such as Wood, Ores, Ingots and...

Shared Storage Crates have withdrawal limits. A player may remove as much as they deposit during the same in-game day, once dawn ticks over they may only remove 20 of each resource per day - the same limit as Players who have not donated resources.

As for the visual glitch, that’s been reported previously

Description: No matter how much (regular oak) wood is in the community storage, the box seems to be empty. It’s hard for newbies to recognise that there is wood to take from. Reproduction Steps: Approach a community wood storage with normal wood (oak). Seel the emptyness Server: EU2 Image:[screenshot_1920x1080_2021-06-27_12-42-39]

I think in that case there should be an option to turn that off. I play alone in a private world and it is extremely inconvenient

I’m not sure if it would help you, but there is a dashboard console command to modify the communityStorage_multiplier.

I assume the higher the multiplier, the more you can take?