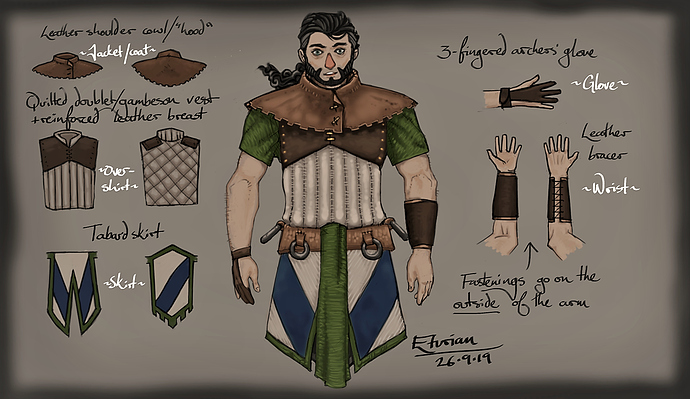 ArcherCosmeticsZ.jpg1866×1080 465 KB
You might be able to guess … but I’d love some medieval archer garb.
As with all cosmetics; other colours are available

Please, @serena_alta ? I would name my firstborn daughter after you.

(Everyone, please feel free to post your own cosmetics requests in here too! Please try to include your own illustrations too! Let’s make a big collection of cosmetics suggestions all in one place.)

I think the archery glove would be cool and the cowl/hood is cool, though I’d be interested in more designs. Would be really cool to see how it would turn out in game!

That’s probably right, I mean, padded cloth might slip under it and stuff that is more frilly (Not snugly against the body), such as the cowl/hood, but bracers and the leather breast is a bit to close to armor.

Posted for the crowds on the subreddit -> Cosmetic suggestions

@Djporks69 too. I can’t “reply” to more than 1 person, can I?
I’d accept that the cowl might be a bit too close to armour, partly because it extends just a little further off the model than other jacket pieces. But the bracer shouldn’t be any different functionally to the metal armbands we already have, and let’s consider the gambeson as costume with no protection (as all cosmetics) and the leather section over the breast is literally just aesthetic. We already have thick leather skirts and leather apron cosmetics, so this should be no different.
Thankyou, Tima

I could see it working out with cosmetic pieces with leather is generally very thin. Those metal bands don’t really con’t much with how little space they cover, realistically they wouldn’t protect you from attacks while the bracer covers a good portion of the lower arm (fore arm?) and is very connected to the idea of armor, I mean I can still see the WoW bracer item icon (It’s just sitting there, scary). I’d say the cowl falls more into the same catogory as the metal braces on not being much of armor, but now that I’m looking at it looks pretty THICC, so maybe a lighter version.

I’ve used a bracer (and archers’ glove) exactly like the ones I’ve drawn in the picture. The bracer is pretty thin compared to what leather armour could be and really doesn’t count as armour at all, it definitely wouldn’t stop much. All it’s there for is protecting your forearm from the bowstring as you release an arrow, and I can tell you from experience it stings like a bugger if you catch yourself without a bracer on.

The cowl, yeah, a leather one might have to wait for armour to return to the game. I do have a woolen cowl with hood (with a weird long “tail”) that definitely wouldn’t count as armour which would also be nice to have in-game, but I didn’t think to draw that…
…Similar to this one, but without the drawstring. 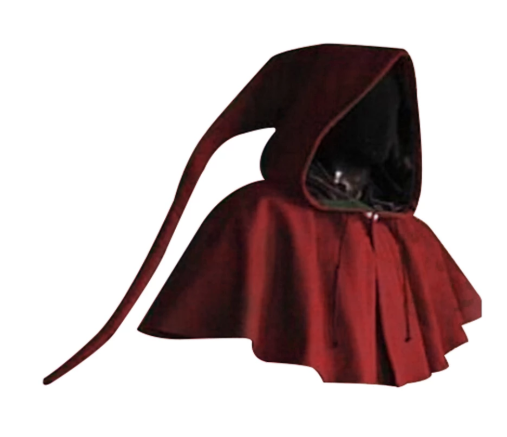 While there are a few spots in the drawing that show the bracer as thinner, most of it shows it as thick, so that is partly why but I know that there are plenty of them that cover a lot less (more of the diameter with straps than part that protects it.)

I do think that cloth cowl would work, maybe without the tail since it’s a bit silly and we don’t really have dinamic flowing clothes yet. So something more like what Katia had in the web comic Prequel, though that was more part of a mage outfit, but that would also be cool to see.

…Silly? I’ll hear nothing of the sort said against the tail

Yeah … I’ve seen plenty of thinner/narrower bracers used by other people in the archery club I used to go to, but they were all horrible plastic modern things.
The lighter coloured inner layer on the drawn bracers is a softer fabric liner just so the leather doesn’t chafe your skin when being worn for hours at a time. The leather itself is probably only two or three mm thick.

Gosh dang it, that thing is extremely silly and medieval. I will burn all that has a weird dangly bit on the back.

I could see there being a mix of the two that is still leather, but still covering around half, or a bit less, instead of most of the way around. I’m sure the devs would figure out what would be best.

But seriously, I really want some kind of jester outfit similar to the jester found in Darkest Dungeon; It would probably take some time getting the proportions of the hood working and I know Serena works hard already, so… Maybe by the end of the year? That’s probably pushing it.

Had to google Darkest Dungeon, but yeah that jester looks pretty cool! I’m guessing because of the neck joint that the hood part of the cowl might have to be separate from the rest of the cowl, but that wouldn’t be a huge issue. You’d just have it as a 2-part cosmetic piece.

@serena_alta Thankyou for the Gambeson! The hat could be even taller though? 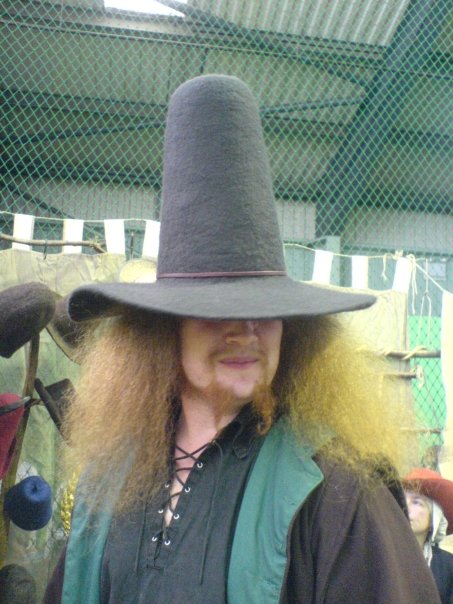