I think the ability to craft, place, and move tents like the ones in the bandit camps would be amazing.

The tents would be crafted at the crafting building using 20 cloth, 8 sticks, 6 rope and 8 buckles. It would resemble a big leather, but would instead be made of cloth, sticks, and rope. It can be put on a big leather pouch on a leather bag or big leather bags can carry two. To place it you simply place it down like dry grass and it pops up around you, and to secure it down you can hammer in 6 stakes around the side with a rock of hammer. To pick it up you pull out the 6 hammered in stakes, and you grip and hold on the tent.

I think the tents would be great for camping roleplay purposes, however cheesy it sounds, but I think they should also have a 2x2 or 3x4 storage somewhere in them that can only be used when the tent is deployed, meaning if there are items in the storage you are unable to pick the tent up, making it so you cant horde using the tent, but can set up a camp and store heavier items while exploring further into the world. I also think a cool addition would be a small water storage inside for those who wish to bring a cauldron and cook potions on the road. Furthermore, to give the tents more use and value, when deployed if a player is inside, it should make their creature aggro radius much smaller, making a much safer place to stay the night in the forest or mountain pass. Possibly also keep wyrms from spawning if someone is inside.

I think this craftable tent would be a great addition to the housing update, for those who want to live on the road and constantly move instead of setting down in a house, and not have to worry as much about the dangers of being attacked or having little to no storage in their bag.

This is a lovely idea and I think it would make a great addition to the game. Perhaps dyes could be implemented as a combination with this idea allowing all items made with cloth to be dyed a certain color using dyes made of flowers and stored in flasks. We’ve already seen flowers in the background of a cosmetic. Giving flasks another use would increase the need for them, so adding a way to craft flasks using a blacksmith mould that requires sandstone and crafts a number of flasks would be nice. This would also allow for the crafting of window parts, vases for our new flowers, some kind of creature terrarium to put firebugs, smeechees, or dragonflies in (that is literally the only thing I want in my house). I think it would all roll nicely together into a little crafting update. 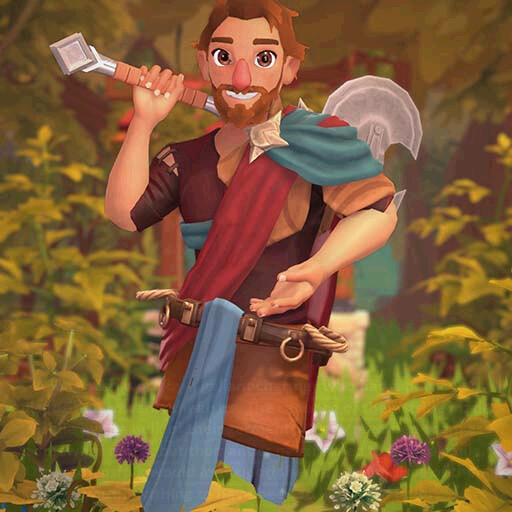 I think another cool thing about the dyes you are talking about, would be to add paints, and fine brushes, so people can decorate their tools and possibly paint homes when housing comes out, it would add some creativity to the town and possibly another profession, the painter. Only issue is people drawing phallic objects everywhere

The implementation of dyes could also tie into my idea about cartography as well as stained glass windows which would be really cool for housing.

This is a great idea. I camp quite often, so I would love to see this implemented. Keep it up!

I love this. It feels a lot like a suggestion I made in idea-discussion a while ago. The only thing I would add would be that the tents could disable spawns of gotera and turabada within a decent radius to actually make it a rest place. It could also be cool if the more intelligent enemies that will eventually be added could be attracted to campsites that are exposed or not well hidden.

this would fit into township quite nicely