(Feel free to debate over the name) This is what happened when people went off the rail with the procedural forest post. There is a dense forest that occupies a static amount of land, and is shrouded in a thick fog. Just enough light come through to be able to vaguely see around you There are the ruins of another old town inside the forest that contains chests and crates (similar loot to what is found in the mines). When you venture in a bit, it becomes extremely difficult to find you way around. This is because of the shifting trees and the fog. Every once in a while while you are in the forest, everything goes pitch black, the light from all light sources goes dim, and there is noise all around you that sounds like things getting pulled from the ground, followed by loud shuffling, then the sound of things going back into the ground. Once the light comes back, the placement of trees is totally different. Players then start to realize something about this forest is off… If two players happen to be in the forest at the same time, they cannot see each other, but can hear the distorted, echoing voices of their comrades. Players will be able to enter together and see each other if and only if, they are physically touching when entering (or maybe used some potion or magic). There are constantly noises of small mammals running around (you may occasionally see one), and owls hooting (you may occasionally see one), rustling branches, as well as the wind blowing through the leaves above. There would also be a special step noise in this area, the sound of leaves and sticks crunching. I know I skipped out on the actual mechanics of it and how it would work, feel free to debate those.

Also, just to clarify, when I say “owl” or something like that, i mean a similar creature, gotta have variety.

Like I said when I brought up the idea of a forest that is shifting and magic in nature, I think it would be good for the “Hazy Hollow” to actually shift around the layout of the forest itself, and even possibly moving the player around depending which way they go from each spot, where retracing steps would be impossible, but still not doing it at random, so players could theoretically navigate it with enough effort.

Also another thing was that there could be places where you can predictably enter and exit the forest, again with a lot of effort.

I do like the idea that the forest it self is playing a trick on you, or at least the magic connected to it is.

Edit: Oh and one of the reasons I’m against it just moving the trees is that it would make it extremely easy to navigate once you know the angle you have to leave one area to appear in another, all the moving tress would do is make the places unfamiliar if you are paying attention to them, so you’d just tune them out.

Most of the forest is just trees, with some ruins. So It would be hard to navigate if the trees move.

Even if it’s mostly forest you could just go from one location with something that isn’t a tree, such as a chest, to any other similar location just by lining yourself up right and walking in a straight line.

True, navigating through landmarks would certainly be the main way to get around. The forest isn’t trying to trap you and kill you, it’s just trying to play a light-hearted trick on you (unless people want a death forest that tries to trap you). You definitely make a great point though.

Having the players teleported around at random sounds like a frustrating and pointless mechanic to me. Having a thick fog that makes it tricky to navigate sounds good enough and would provide a great atmosphere. Instead of it going pitch black at times, because in the middle of the day … constant eclipses just localised over this forest? Just have the fog thicken so much you can’t see more than a few feet ahead without a light source, and then the trees etc move around. Dim light sources barely visible through the fog, even at a distance, would make it look amazing if you could see the shadows of trees cast through the fog, moving across in front of these light sources.
Have some odd Labyrinth-style things like signposts that turn and give false directions, cobble paths that are there but vanish when you turn your back to them, “mirage” light-sources that trick you into going deeper into the forest, that kind of thing.
Teleporting people around at random and having the screen go pitch black just makes it sound like a bit of a BS psychological horror game…

True, what you said is really what I was thinking when I said pitch black, the fog gets so thick that even with a light source you will only be able to see the silhouettes and shadows of the trees moving, and when you get close they move away. I am completely for and okay with removing the teleport thing. Also, your idea for signposts and disappearing paths is exactly on point for what i’m going for. The forest is playing a trick on you. Maybe as well as all the other stuff, you hear quiet, high pitched laughs around you when the trees move. Also, something I thought of yesterday but didn’t include, maybe some of the trees can carry small things (small relative to them) like chests and crates. So when they move around, sometimes they’ll take something with them.

Also, what kind of trees are we talking here? I was thinking kind of a combination between the weeping willow and bristlecone pine. (the leaves of the willow and the trunk of the pine) 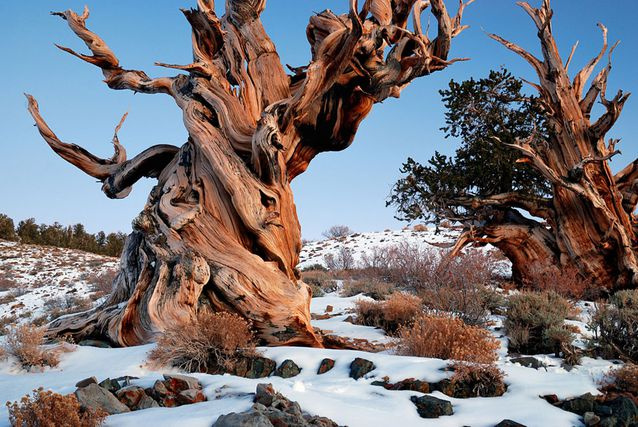 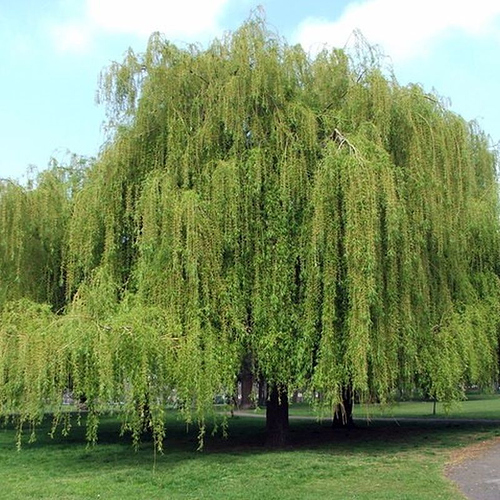 Yeah teleporting around would just be a pain depending on how often it happens, I think having the map rearrange would be still good as long as you have some kind of marker that doesn’t lie.

The markers I’m talking about would have some logic to them where (as an example) north of marker 1 either goes to maker 2 or 3 (which changes between the two at random when the forest gets switched up.) north marker 2 would go to maker 3 or 4, etc, but if maker one goes to maker 2 it determines what a different maker would go to, or something similar, so that you can navigate it with some effort.

I think making it so that everything changes every time the forest starts moving like you are talking about would make the forest just as much of a pain though, since you wouldn’t even really be effected by a teleport if you can’t navigate the place at all.

@Edit mentioned this page on my own idea page for the forest! Creepy Caves, Foggy Forests, and Crafty Carvers