So the lantern stand. clunky at best, problematic at worst.
It’s super weird crafting it. Sometimes it defies gravity. Almost a year ago it wouldn’t attach to ore-bags. Apparently it can even interact with the User Interface???
Don’t even get me started on the debate between lantern stand VS tool hook, w/ lantern-mounted tool.

But about that interact with the User Interface issue… If that truly is the case, I would like to be the first to advocate for BIGGER, over smaller. Or fix the interaction entirely, but I’m always for big stick logic. Particularly if it makes it more appealing regarding the tool hook VS lantern stand debate.

By the way, who knew you could attach 3 attachments to ore bag AND a lantern stand?? Not this guy! Not the WIKI? But some guy on Reddit knew. I kinda stumbled onto it by accident, thought I glitched the game and stood for 10 seconds waiting for the crash/black screen/AAAAAA

you can actually have 3 attachments and 2 lantern holders 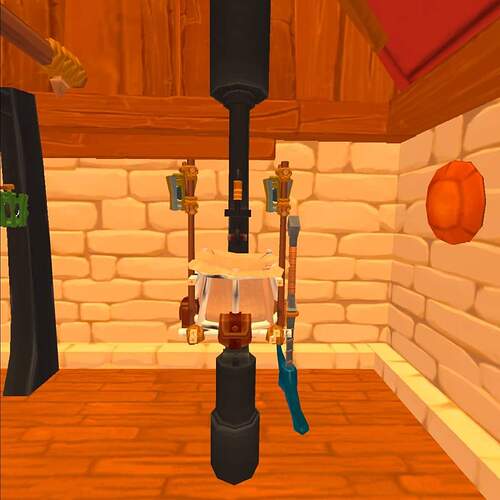