Quick Summary/TL;DR
A procedurally generated map for more space with randomly placed pre-built monuments and areas to give the world a hand-crafted feel, much like that of RUST.

The Idea
Instead of having a fully hand-crafted world that is limited on space and the same for every single server. Have a procedurally generated map that makes the world much larger but still feel hand-crafted. To make the world more memorable and allow the devs to put lore and cool locations in the world the map would have randomly placed hand-built monuments scattered around the world.

Why?
The reason to have a procedurally generated map is to allow lots more space for building/adventuring, making more places to gather resources such as having multiple mines scattered around the world so you can claim your own mine or look for hidden ones for good resources and it also makes the game a lot more varied and increase replayability a lot as whenever you join a new server or a server decides to wipe, you have a new world to explore. (Here are some variations of procedurally generated RUST maps for example) 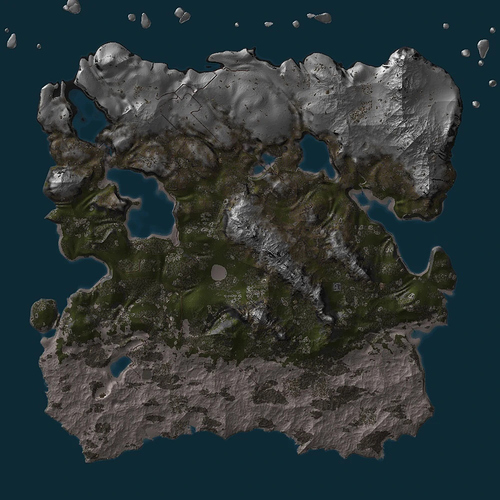 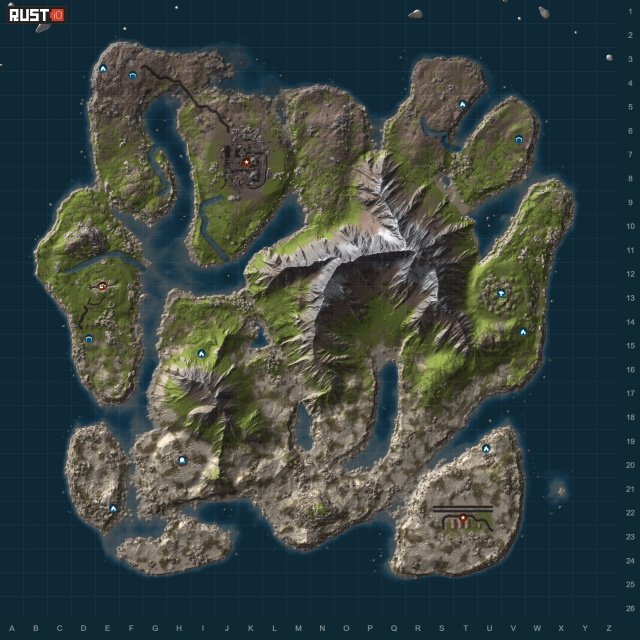 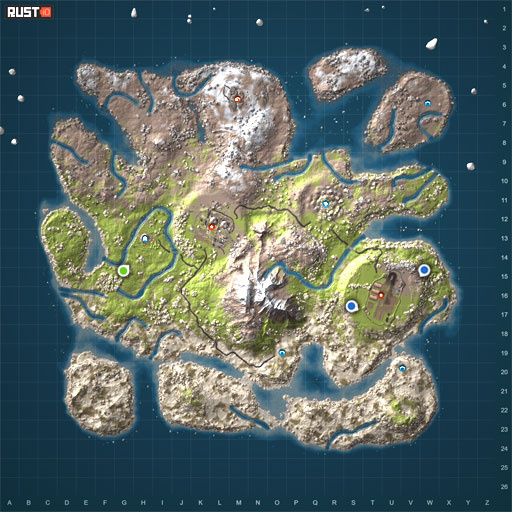 Conclusion
Personally I think this will increase the replayability of the game and also create a much more varied and open world for players to explore, build and conquer. 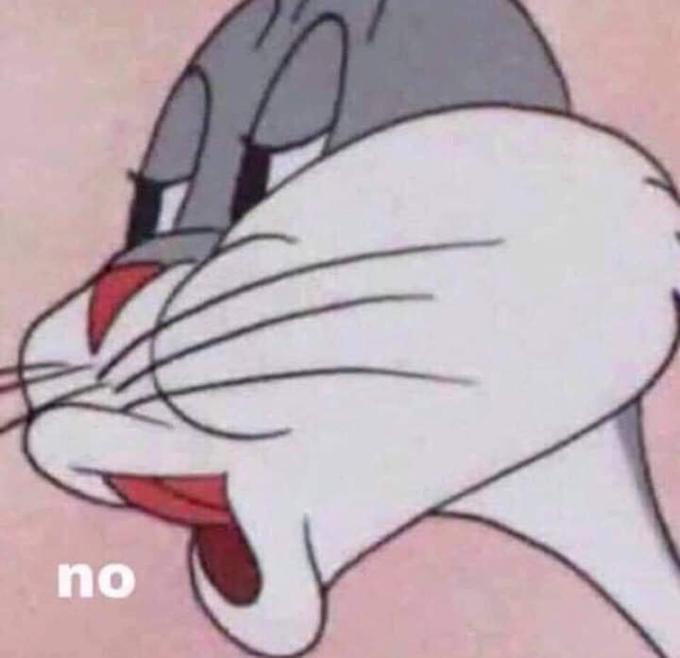 Yeah, it’s a very far off thing. But in the future it would save the devs a ton of time as they just need to add new monuments and biomes into the procedural generation instead of hand-crafting whole new areas

It’s a lot of work

Also, procedural maps allow for expansion. Maybe someone has a little bit of RAM, they only want a map not too big for them and their friends to play on. But what about a large server with ~200 consecutive players? They can scale the map to as large as they want and the procedural generation handles it all. It also allows for you to customize gameplay. Say you want a server to be ripe with mines but have a lack of trees? You just input those settings and the generation algorithm handles the rest! The devs already know what they are doing with procedural generation because the mines are already procedurally generated and the forest will be too

I’ve heard many times that the devs want to do world expansion with some procedural generation,not sure if this means whole maps randomized though.

Yeah, from what the devs have said about having each server get a different climate and resources, so that would suggest some procedural generation.

Either way I would really like this, without it exploring just going to get boring once you’re done explore the whole map.

It is one of the best things in this game to have places to go leisure camping but I prefer hand-crafted environment because procedural one will have unexpected bugs and inconsistencies.

It could always be a mix, would limit it a lot, but good maps could made a lot quicker if the whole thing was made by generation, but then humans sweep over it to clean it.

And map generation can always improve, it might not be too good at the start, but as it gets worked on the little bugs in it can be ironed out by teaching the generation to not do that.

We’ll be doing a mixture of both. Procedural maps and landmarks aren’t always fun to explore, and we want to be careful about how to approach spawning things in the world. I know things can get stale once you know absolutely everything, and that’s partly why development of the Overworld hasn’t happened rapidly. An entire procedural map, with the complexity we’ve got planned, would unfortunately be a nightmare to make completely accessible as well. Maybe if A Township Tale 2 is ever a thing.

Don’t you be saying those things, Bossman. Don’t you be tempting the future. No no no. Bad.
finger waggle