You cast “Steal” and close your hand that’s aimed toward another player, then you get a random item from their inventory. Might be a big big sword, might be a rock (can’t steal panties tho). This would be legal on PVP servers ofc but I ain’t sure how to implement it on the normal servers without it breaking the rules. Any suggestions?

P.S you should have a mana bar or smthn, but i heard they were going to make something cooler than a mana bar, dunno what that’s about. 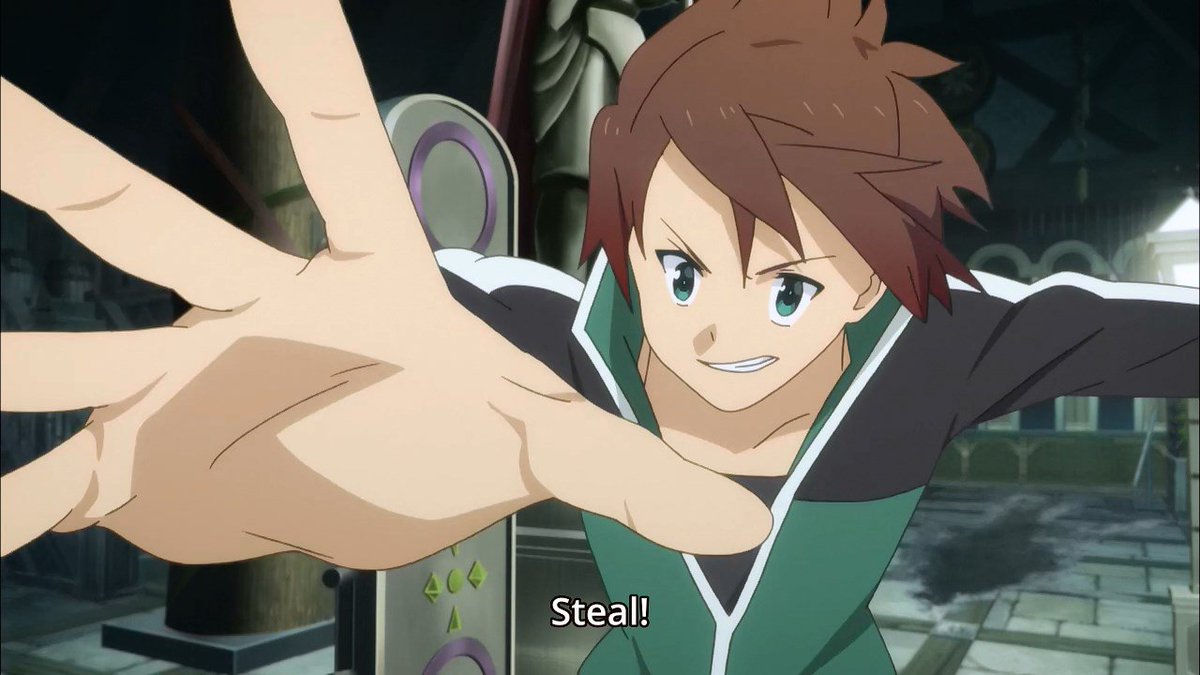 I don’t think that this would be a good idea because it could, and for sure it would, be abused from may players. Although I could imagine that the feature of a Stealing Spell/Skill could be interesting at the PvP servers, but for the COOP Servers it wouldn’t be good if this ability would exist.

Ye that’s exactly what I said, I totally agree. It’s just that the idea is good but there’s trouble implementing it into co-op servers. Maybe you could steal from hostile creatures or maybe when boss battles come you could steal stuff from them. Like boss weapons or spells or abilities. It is truly really hard to implement in a co-op setting but I still want it bcs it’s sooo cool.

Ye I said “toward another player” that doesn’t work ofc. But maybe some ppl in the ATT community have ideas on how make this work.

Last time there was stealing in game people were quite hostile , toxic and a lot of false accusations. It isn’t really fun in VR as you might think + People worked really hard on their stuff and I doubt they wanna lose any of it.
So yeah its not the best option for Co-op but maybe it can be implemented in PvP servers

Sorry Matssu but did you even read. I am totally aware of that problem and that’s why I asked other ppls’ help. I think it’s a cool idea but it definitely has problems, and i think with the community, we can fix em and turn this into a solid idea. You got any ideas on how to implement it in co-op?

Idea how to implement in co-op? Sorry, but i think it isn’t eaven nessesery to do so. I mean, real talk if i’m playing with my buddys or some random nice guys, i don’t need this feature at all. The last thing i want to do in a COOPERATIV game is to rob other guys. So in my oppinion it would be nice for PvP, no question, but for coop it’s a horrible idea.

@Matssu exactly what i meant

Also this could just be a skill, lots of the warrior and archer skills are just as magical as this.

I think it should be a hard to get skill, have restrictions and such, since even in PVP, having a player not even need to touch you to steal very valuable items will make player not happy, since right now the only way to take someones items in PVP is a fight to the death, or being very sneaky.

Ye fuck it i’m giving up on trying to fit it into co-op, just can’t find a good enough way. But yeah, you get the idea, smthn like that WOULD actually be really fun.

Plus stealing from other players is a art in its self now a hide your name or invisibility spell would have a lot more uses.